Made in China Journal | Galleries | Living Politics: An Exhibition 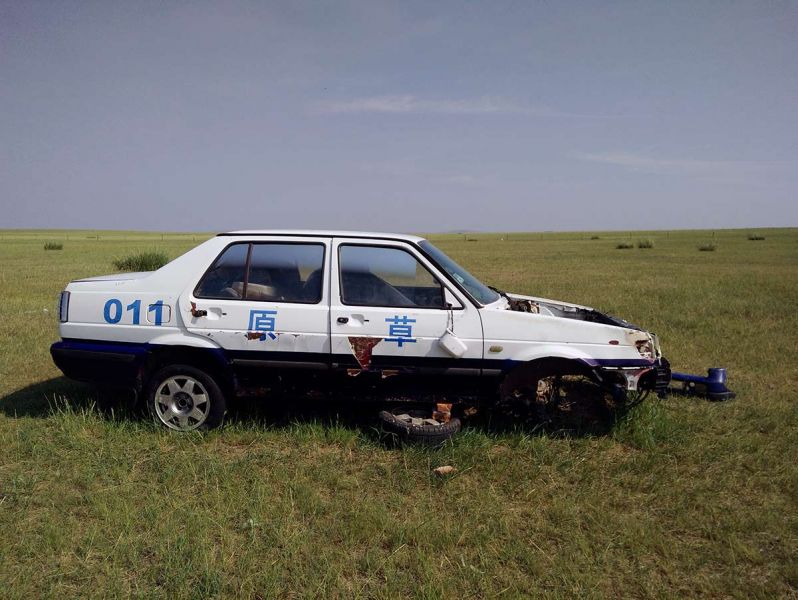 Written on 31 January 2020. Posted in Galleries, Online Only.

This Exhibition was part of the Australian Research Council Laureate Project ‘Informal Life Politics in the Remaking of Northeast Asia: From Cold War to Post-Cold War’.

As major political changes reshape East Asia, groups of ordinary people across the region have been developing alternative, self-help ways to address the profound social, economic, and environmental challenges they face. These problems include resource depletion, unsustainable agricultural practices, ecological damage from radiation and other environmental pollutants, lack of access to clean drinking water, problems caused by large-scale population movements, and lack of welfare support for vulnerable sections of the population.

For the past five years, a group of researchers at the Australian National University, supported by the Australian Research Council Laureate scheme, have been tracking some of these alternative experiments in ‘living politics’ through which people in China, Japan, the two Koreas, Mongolia, and Taiwan are tackling these problems.

This exhibition is a collection of images which the researchers have brought back from their fieldwork. They convey the richness and complexity of grassroots living politics in the region, the difficulties faced by living politics networks and communities, and the creativity with which they are responding to those difficulties.

The exhibition is composed of the following galleries:

‘Radiation? What’s that?’ asks the sign in the window of Fukushima City’s Radiation Information Plaza, set up after the earthquake and tsunami of 11 March 2011 triggered a nuclear disaster at the nearby Fukushima Daiichi power station.

People all over the region and beyond were asking that question in the months after the disaster, and the answers proved elusive. Even world-leading experts, it turned out, disagreed about the amount of radiation that had been dispersed over the area and its likely effects on human beings and the environment.

Without clear guidance from the experts, ordinary people began to seek answers for themselves, creating ‘Citizens’ Radiation Measuring Stations’, run by local volunteers, where they tested the radiation in their food and in their own bodies. The sign on the blackboard offers checks with a whole body counter at 3,000 yen—about 27 USD—per adult. 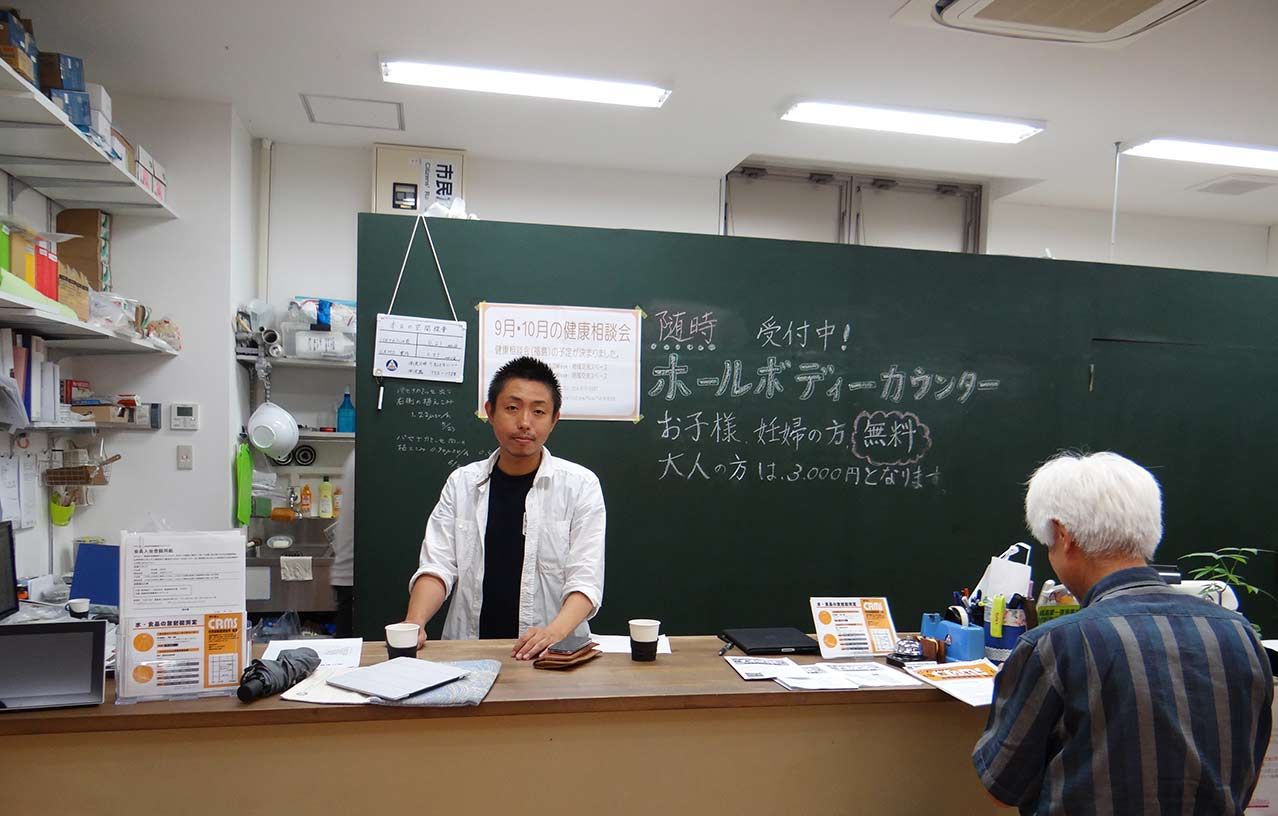 Alarmed by the potential long term effects of the disaster, hundreds of thousands of people sought refuge in more distant parts of Japan. But some of those living close to the evacuation zones were unable or reluctant to leave their homes and farms. Even as their lives were radically disrupted by disaster, a semblance of normality continued: the same TV dramas played on out the screens in their living rooms; animals resolutely disregarding the dramas taking place all around them. 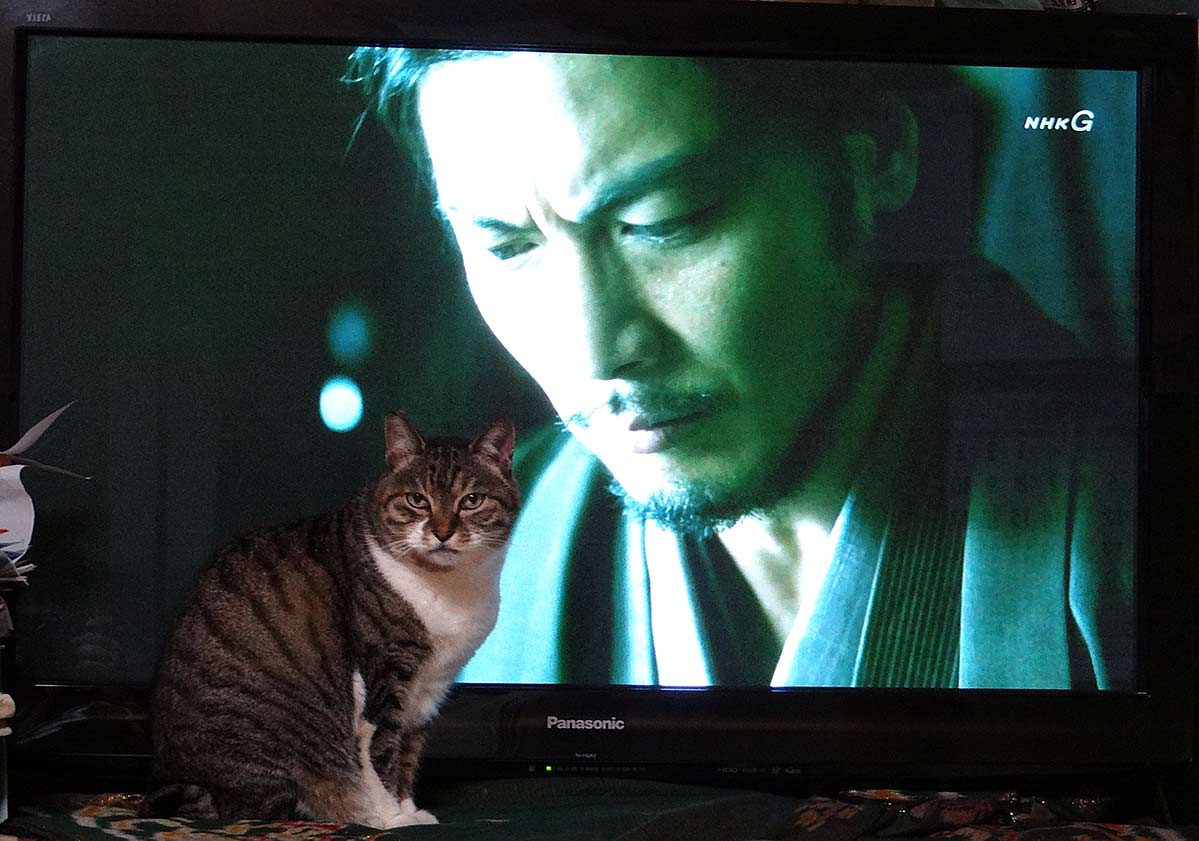 The disaster has not ended. The rebuilding after the catastrophe of earthquake and tsunami is ongoing. Over 100,000 people remained displaced in 2018. But slowly new life rises in unexpected ways from the wastelands of destruction. Just outside the Minami Soma exclusion zone, on the site of a garden swept away by the tsunami, a tulip bulb puts forth a new flower. 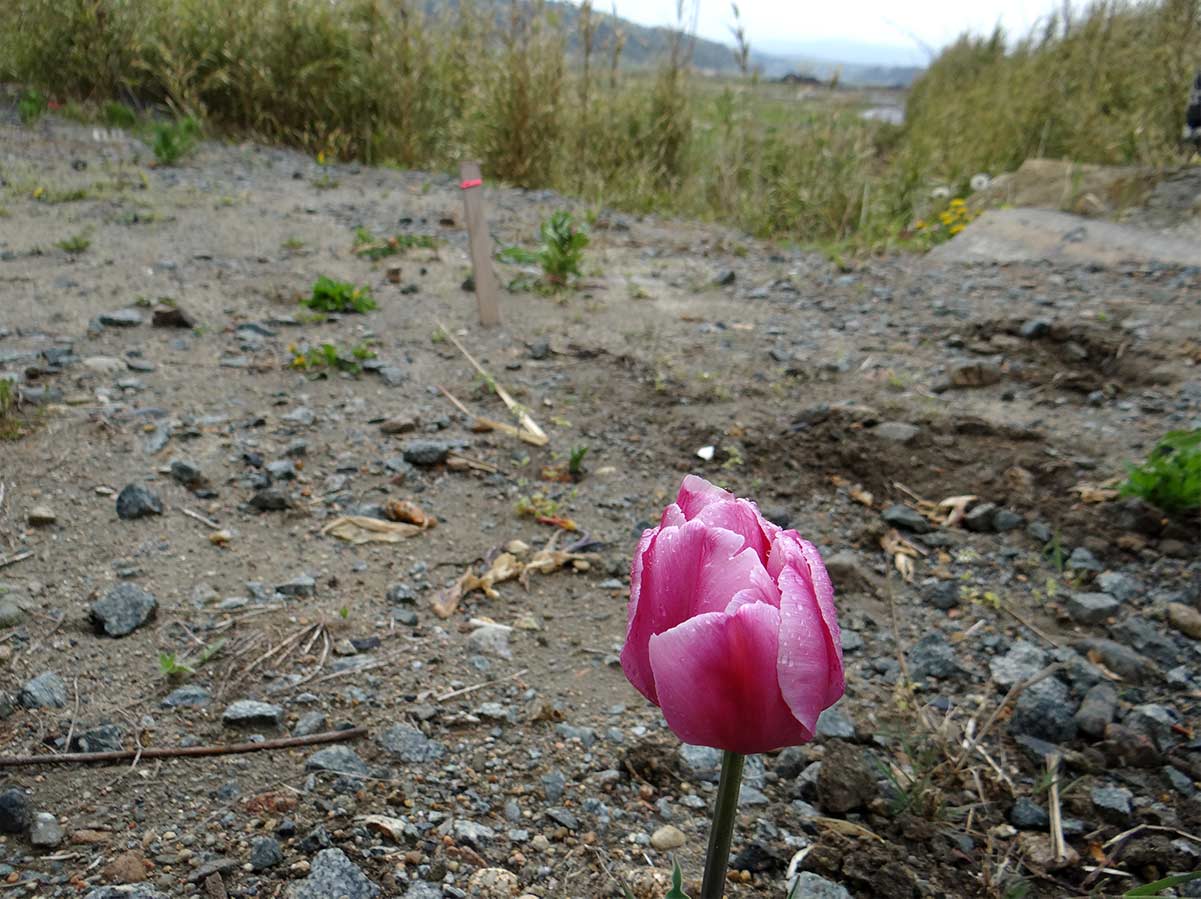 This photo-essay depicts the rural migrant underclasses in Beijing in 2013. Four years later, in winter 2017, a fatal fire in a nearby migrant community prompted a sudden and brutal eviction by municipal authorities. The scenes depicted in the first three images are no longer in that place, but they get recreated elsewhere. For many of them, there is no going home. Yet people have to be somewhere.

For the more on the fourth image, please see the photo-essay ‘Artificial Light, Beijing’, on The China Story website. 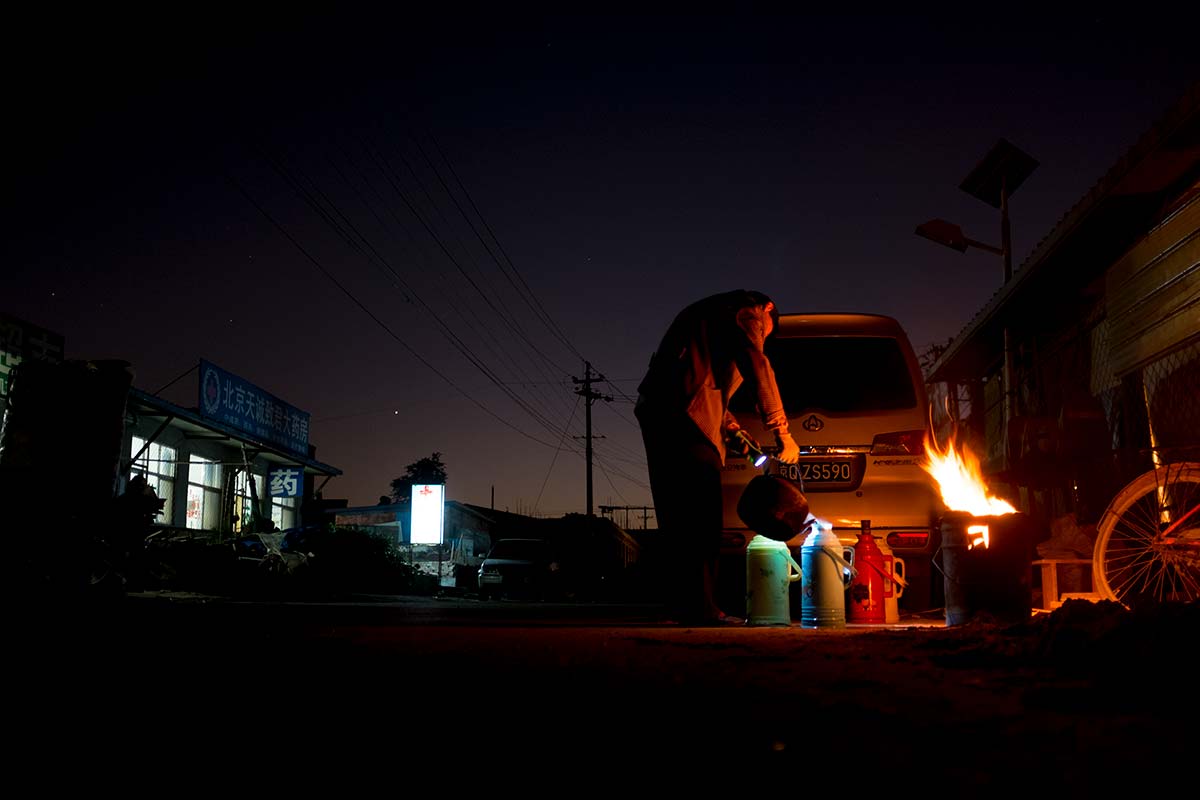 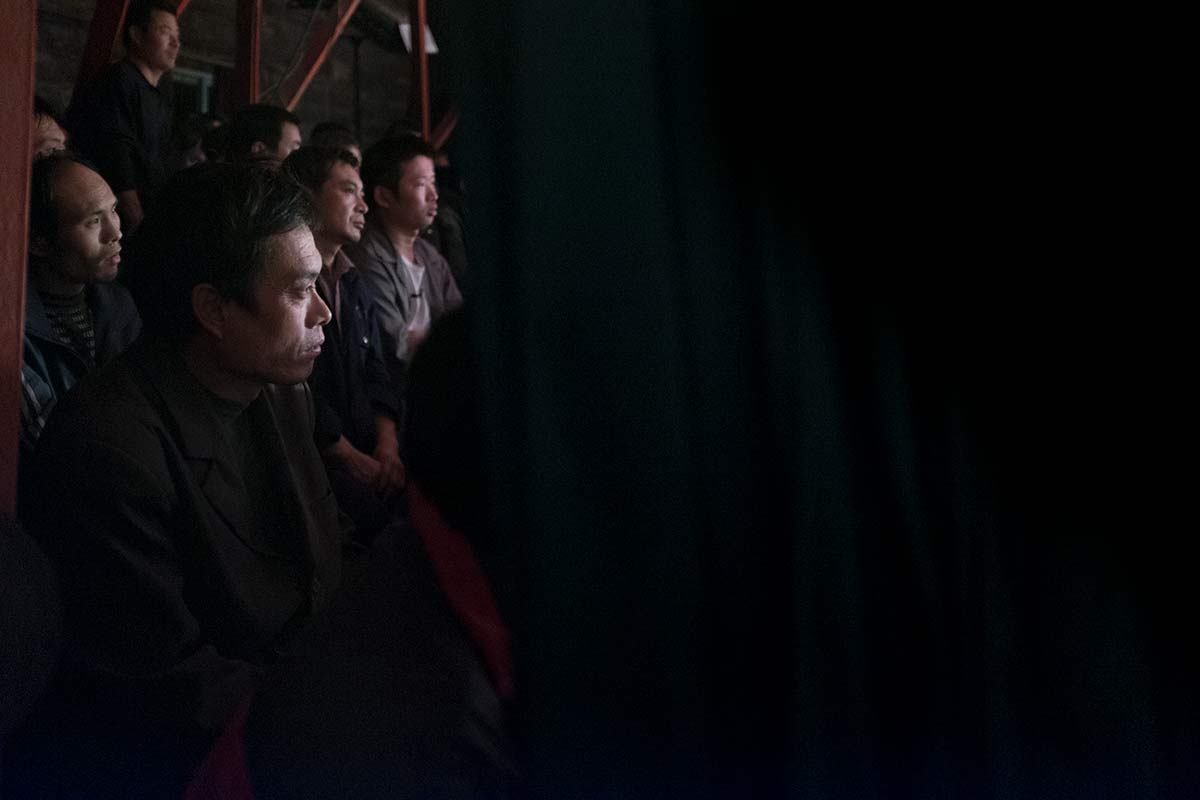 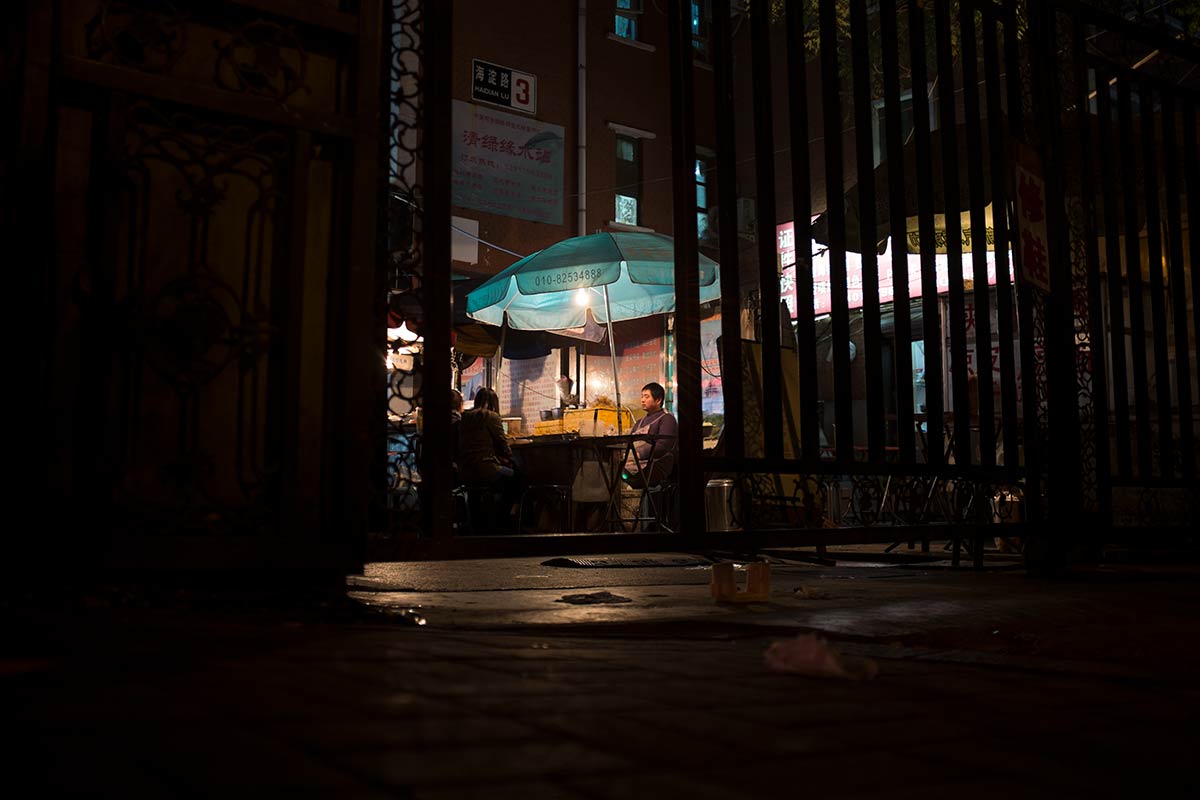 From Korea’s far south to Liaoning China, fishing and coastal communities have been challenged by new forms of governmentality, economic organisation, and environmental crisis. Traditional networks of practice and belief, and the life worlds behind them, appear to evaporate in the face of muscular modernity and activated, energetic Capital.

This process can be delayed by the presence of earlier forms of Capitalism, indentured labour, or debt bondage. I found that on Gageodo Island, South Korea’s most southwestern populated land, Korean contract merchants known as Kaekchu held the community in hock from the mainland port of Mokpo. The Kaekchu delayed development until the 1970s, and only finally disappeared in the early 1990s when mobile phone transmitters were installed on the island. Fishermen were then finally able to negotiate directly themselves with market traders and wholesalers in Mokpo and Seoul.

On China’s Liaoning peninsula, I found semi-legitimate versions of contract merchants still in control of fishing communities, coopting the social and economic bonds between them, and restricting their power. At the same time, however, these middlemen served as advocates for community engagement and interaction with local and regional government institutions. Near Yüshün for example middlemen supported communities of seaweed harvesters to counter encroaching urban sprawl and the interests of speculative developers.

The conceptual sinew connecting all of these communities and landscapes is environmental crisis. The collapse of maritime ecosystems brought on by the development of fisheries technology and science, growth-fixated economics, and the explosion in human consumption was clear to see on the ground. Regardless of history or present circumstance, the forceful nexus of climate change and sea level rise means that these are challenges that all populations on this planet, human or otherwise, will face. 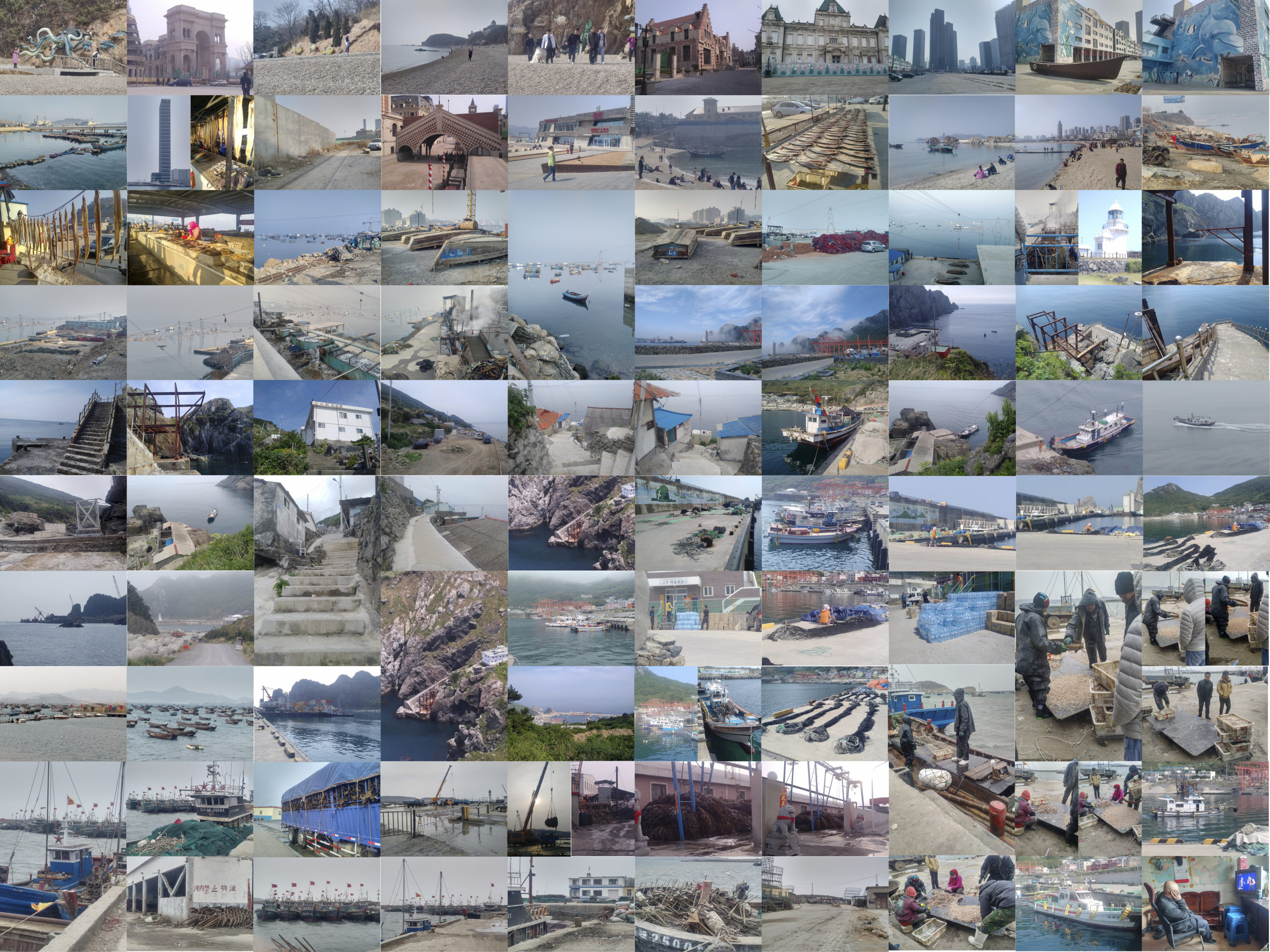 In 1993, organic farming finally became viable when Chu Hyŏngro in Hongdong village succeeded in using duck-rice farming. While ducks paddle in the rice paddies, they keep down weeds and eat insects, making the use of pesticides and herbicides unnecessary. This method borrows traditional farming techniques from Southeast Asia. Thanks to this success, Hongdong village is now known as a mecca for organic farming in South Korea. Photos courtesy of Chŏngnonghoe. 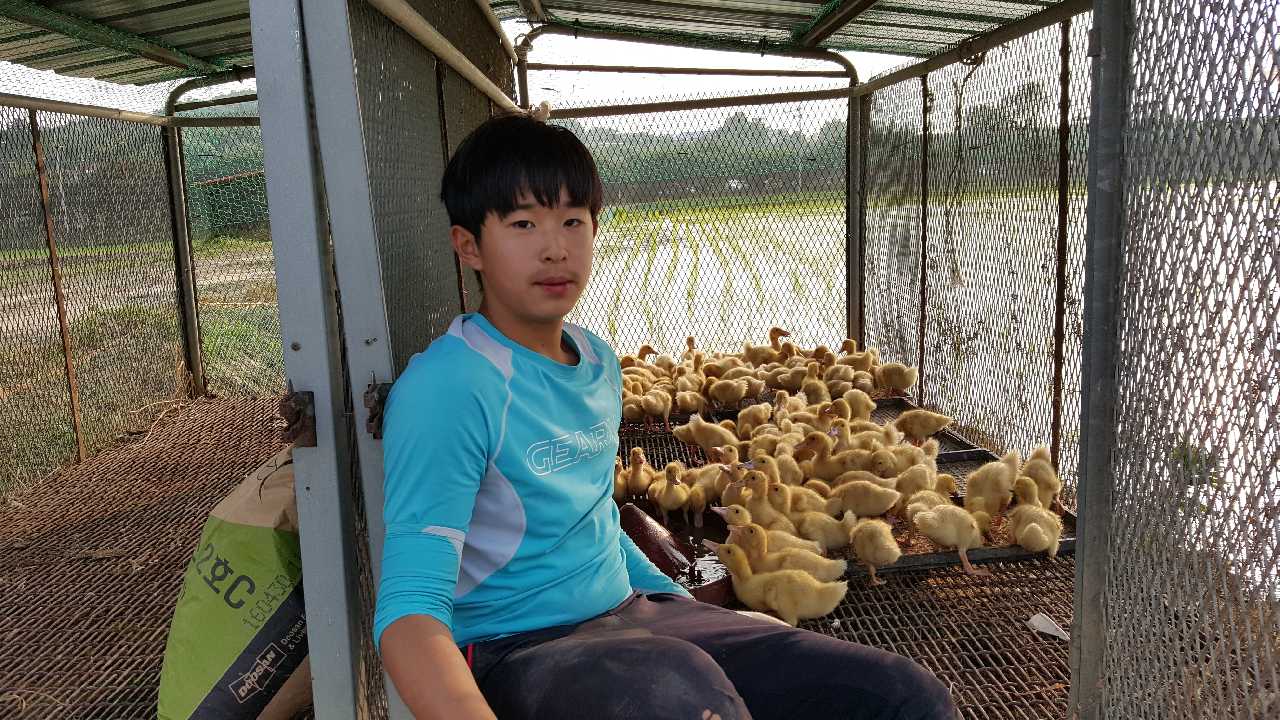 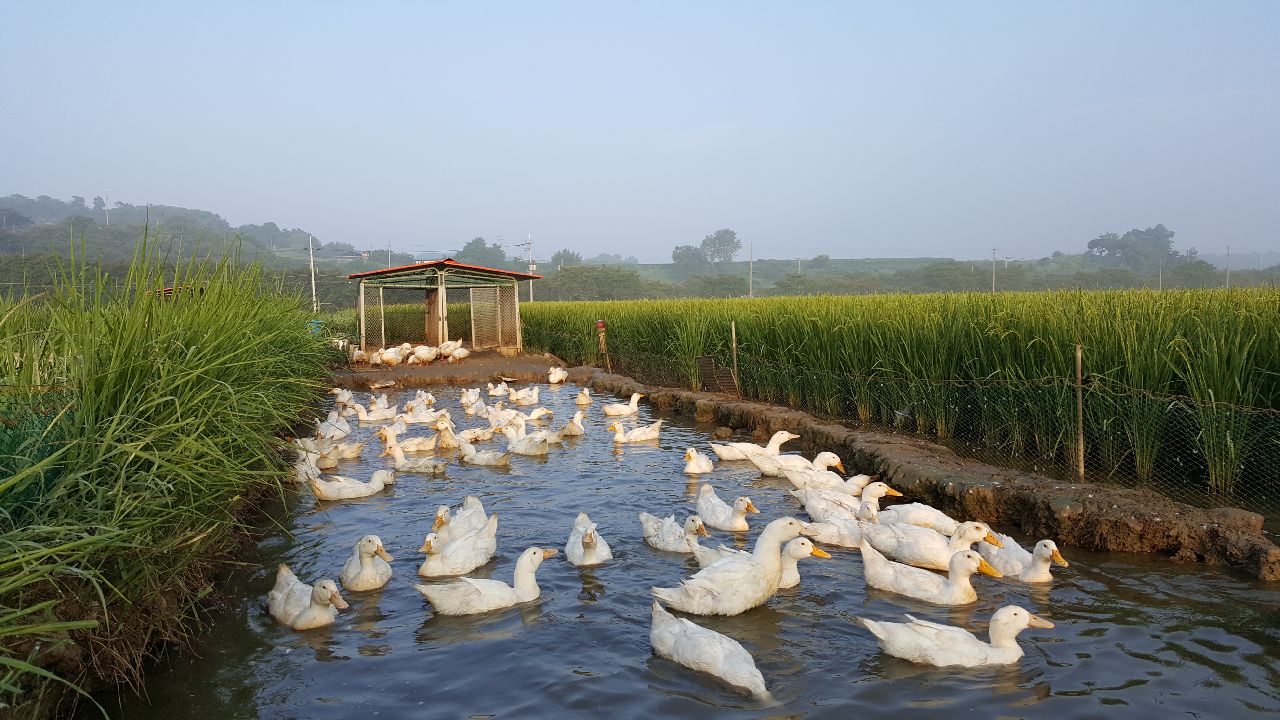 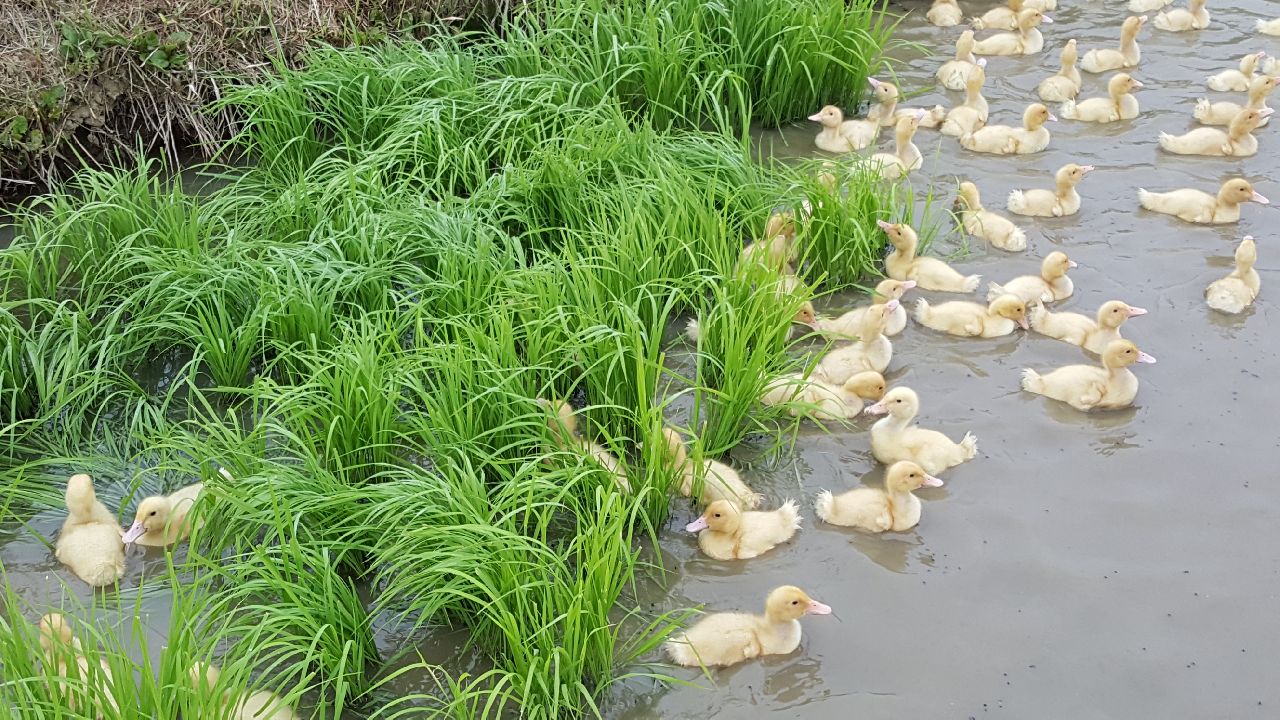 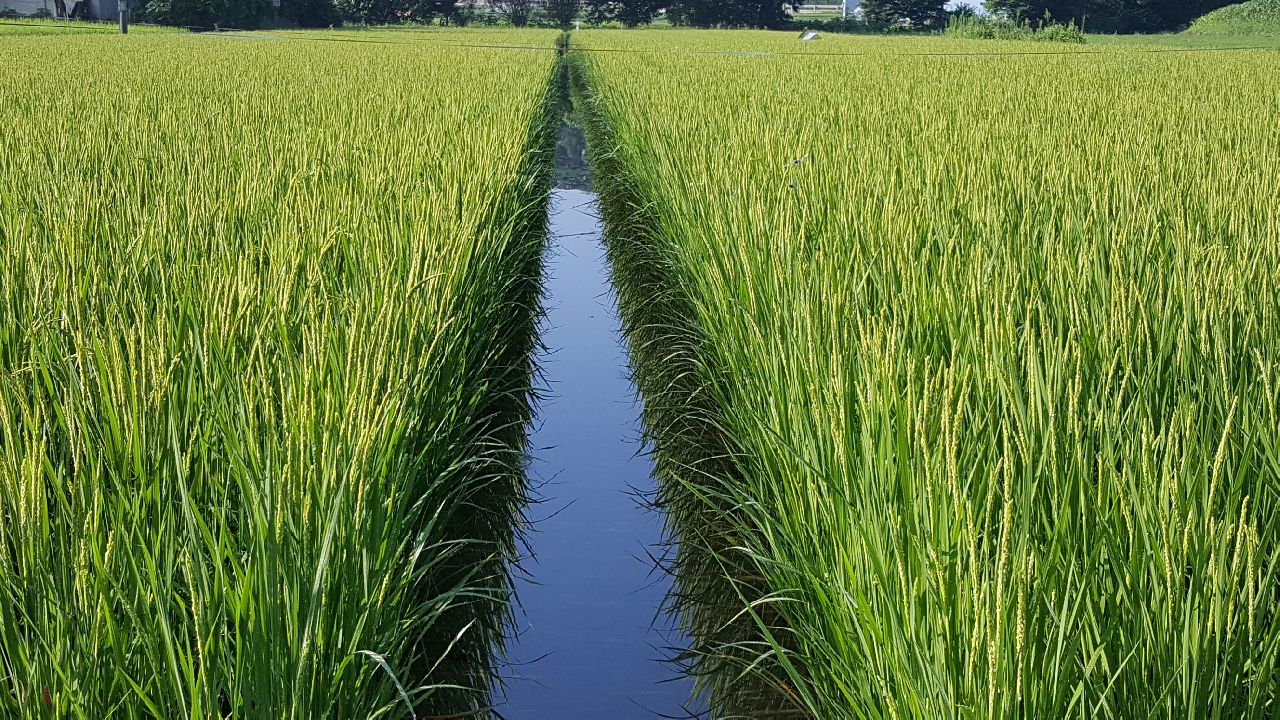 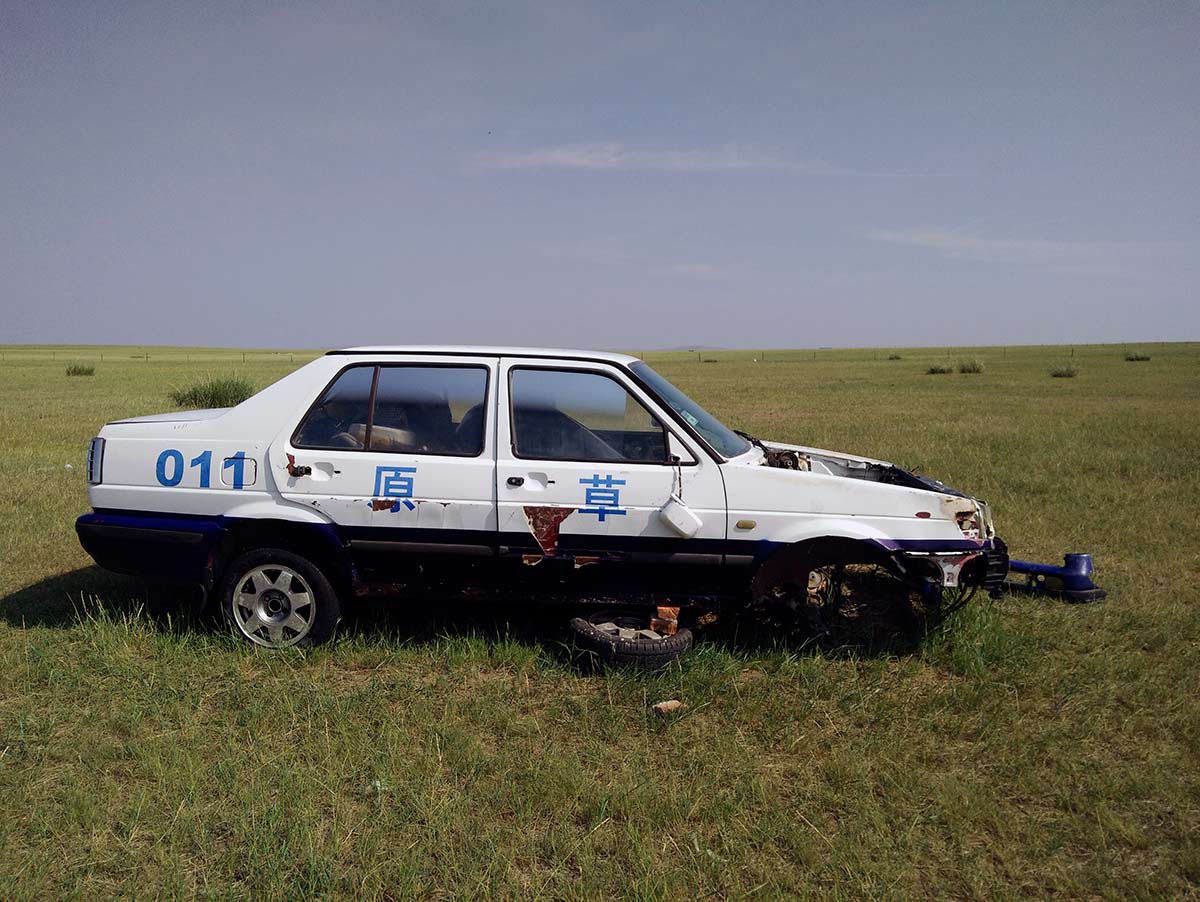 Protecting the grassland is one of the key policy concerns of the autorithies in the Inner Mongolia Autonomous Region of China. I came upon the abandoned car on the grasslands in the photo above while doing my fieldwork last year.  This looks like a wrecked police car because of its blue and white paint and the words ‘grassland 110’ printed on its side (‘110’ is the Chinese emergency number). A local herder told me that the car used to be a part of a grassland protection system where herders and police officer worked together to protect the environment. Herders who help the police are allowed to print the words ‘Grassland 110’ on their private cars, and in return, these cars are exempt from paying tolls in local area. This rusting abandoned vehicle with its ‘Grassland Emergency’ message seems symbolic of the crisis besetting Inner Mongolia. 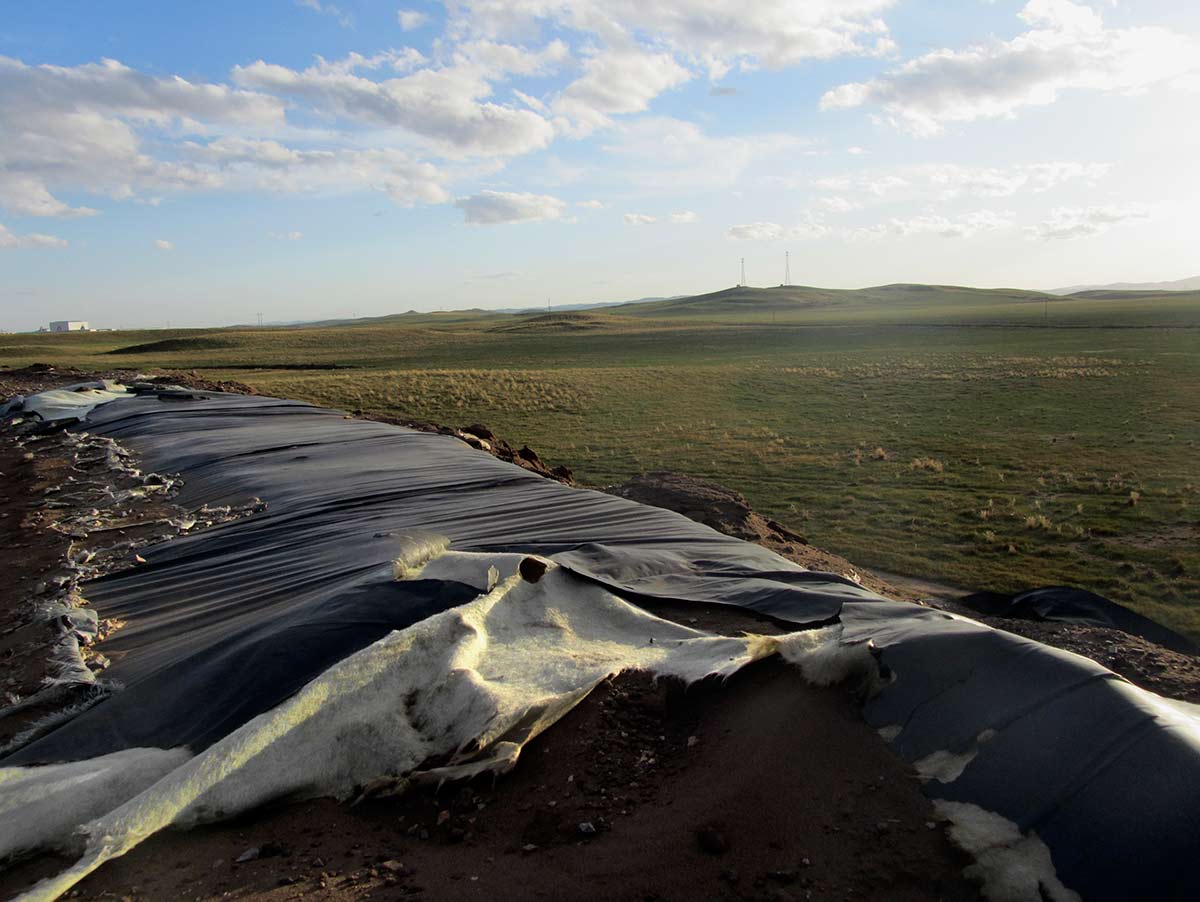 In the late 1990s, the local government of X district in Inner Mongolia began building a large-scale paper mill in the grasslands (see the photo above). The mill discharged untreated wastewater, polluting groundwater resources and destroying the grassland ecosystems, threatening the survival of local herders, their families, and their animals. 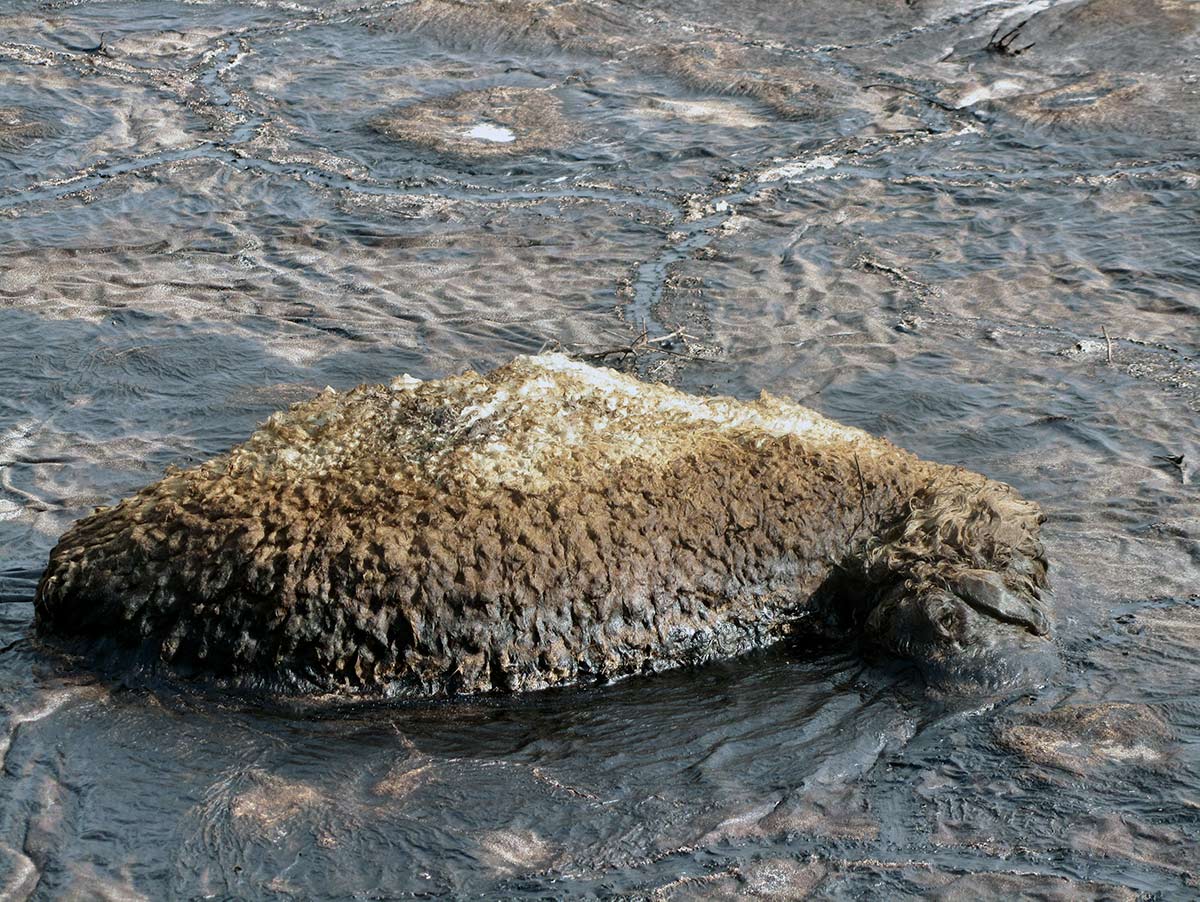 I found this dead sheep in the sludge when a herder guided me to this once beautiful grassland in 2015. Following protests by local herders, the mill moved out a decade ago, leaving this contamination. Now, no one is in charge of this piece of land. The local government told herders that it is impossible to restore the polluted land into its original state. 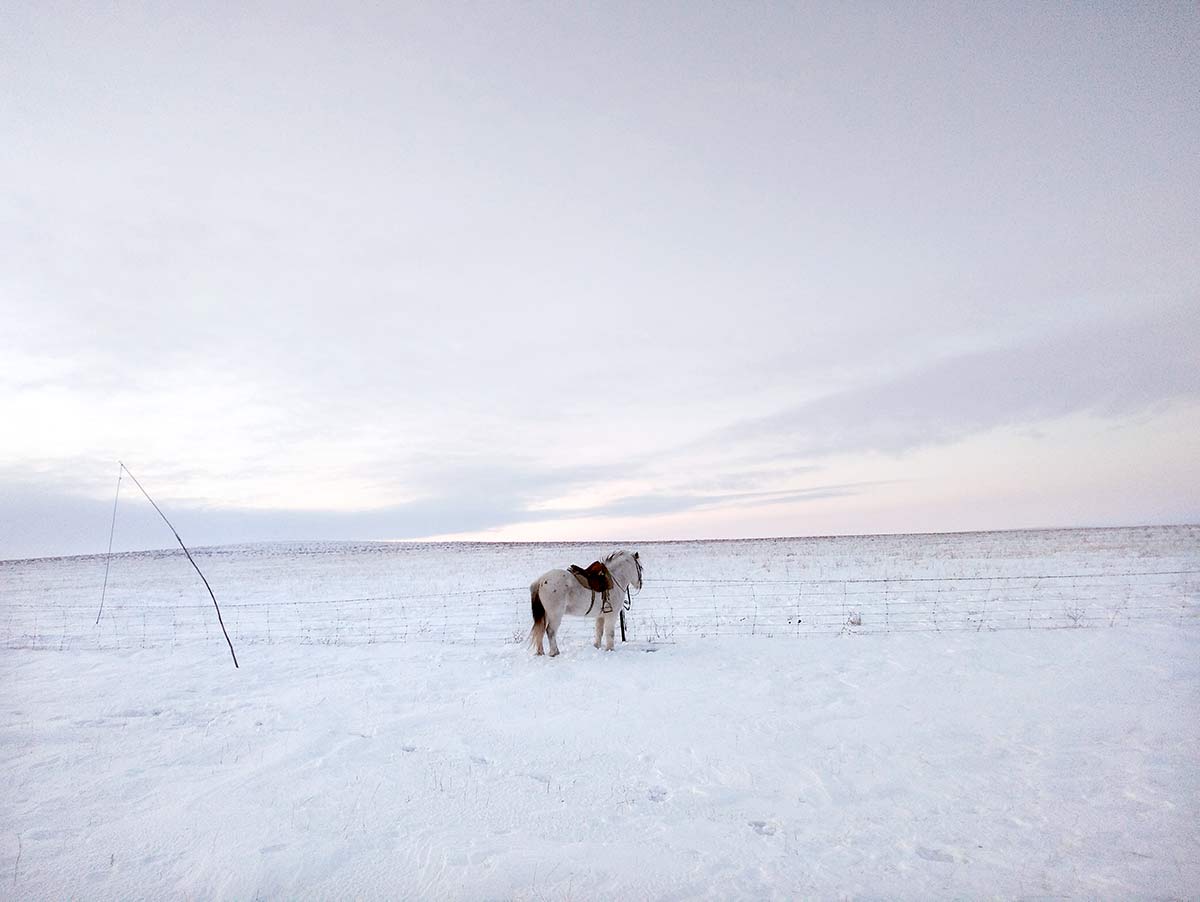 Industrial pollution is not the only threat to the herders’ way of life. In some places, in the name of protecting the grasslands, local governments forbid grazing by livestock, and even force herders to move to town. The photo above was taken in 2017. This landscape seems serene and beautiful—but look closely and you will see the strands of barbed wire in front of the horse. The barbed wire divides the grassland into many small pieces. As a result the herders and their livestock can no longer roam freely, but are forced to survive on a small corner of land.

Beauty and the Beast—Shuge Wei

Gongliao district is approximately 40 kilometres northeast of Taipei city. With golden beaches, windy ocean roads, and unbroken mountains, the district was proudly regarded by locals as a ‘beauty’ in the eastern corner of Taiwan. In the mid-1980s, however, the central government began construction of a fourth nuclear power plant next to Fulong Beach. Completion was delayed by decades, because of local protests and partisan struggles in the capital. In the eyes of the locals, the unfinished reactors were ‘monsters’ (怪獸), who lurked in their backyard and redefined the region’s coastal scene.

Although the fourth nuclear power plant was never activated, local rice production still suffers discrimination in the market. To boost morale among the farmers, and to save the rice-terraced farms from further desertion, locals founded a cooperative. The cooperative began to preserve and recognize the local farmers’ traditional farming skills and ‘old-fashioned’ ways of living, which emphasise limiting one’s desire, seeking balance with nature, providing mutual help, and sharing resources with all species in the field.

The cooperative developed into a regional educational centre. It turned a local stone house into a museum to exhibit local farm tools which are no longer used in nearby fields. It now invites children and visitors to the field, to teach them to recognise the insects and plants that are particular to the region. The objective is to help them develop a bond with the local culture and nature through intimate contact with the land.

The cooperative has restored some hope for the region but also raised concerns. How sustainable is this utopia of mutual help and limited growth? How could this way of life compete with the capitalist consumer economy and attract young people back to the region? As yet, there are no answers to these questions. The innovative thoughts and efforts of the local community may disappear, but they will spread the seeds that may one day germinate in a different region and at a different time, just like the cooperative in Gongliao was inspired by the activities of people from other places, and other times. 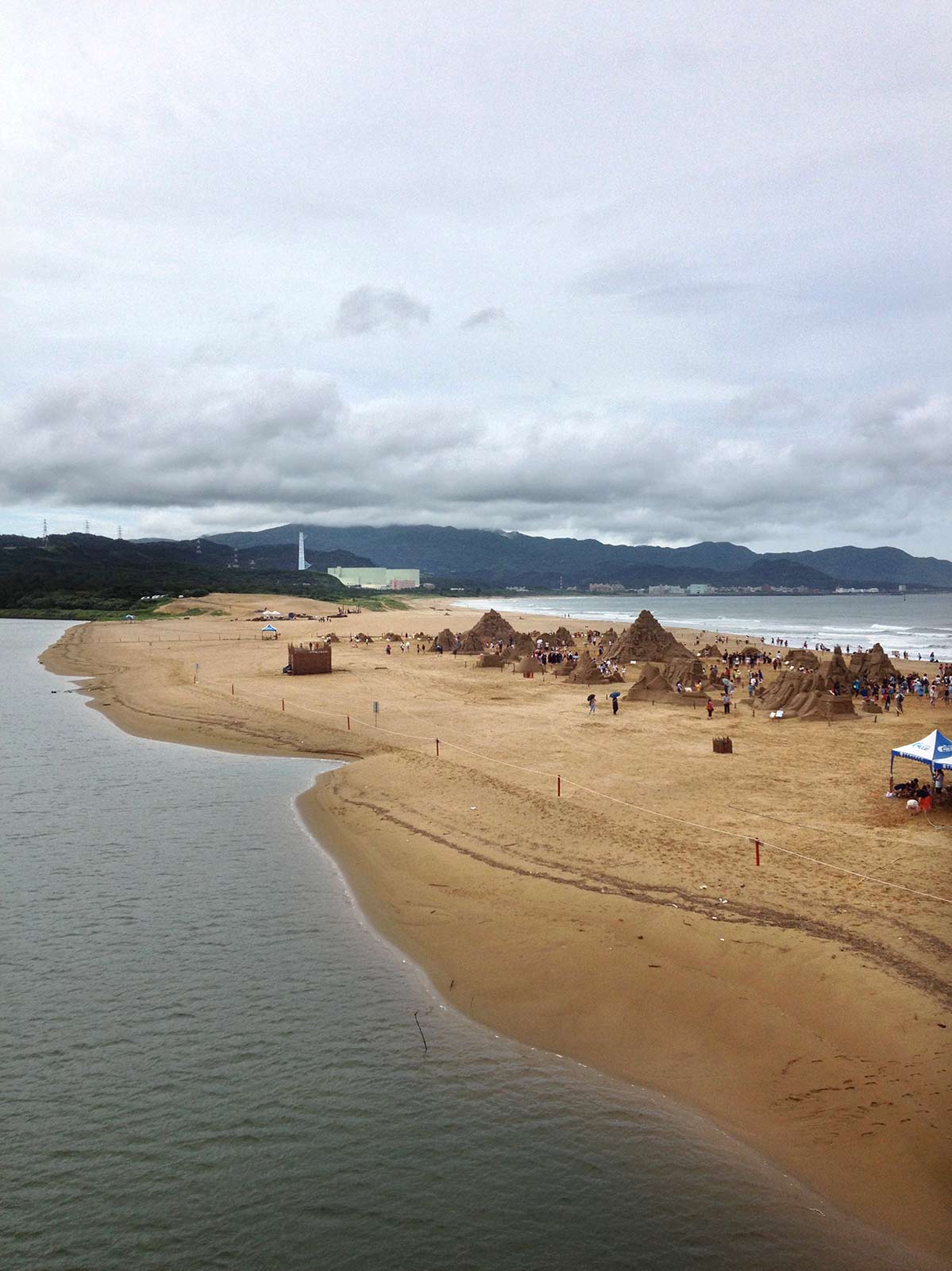 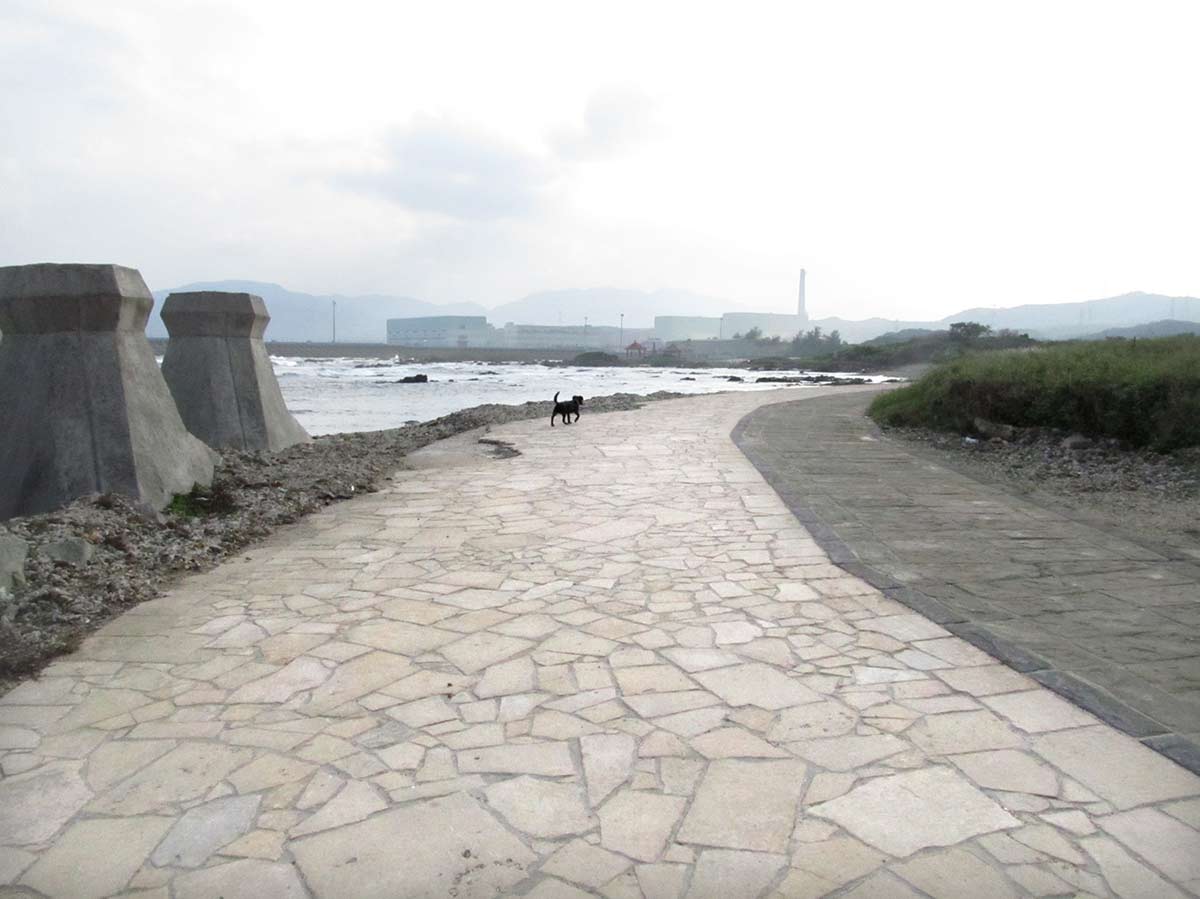 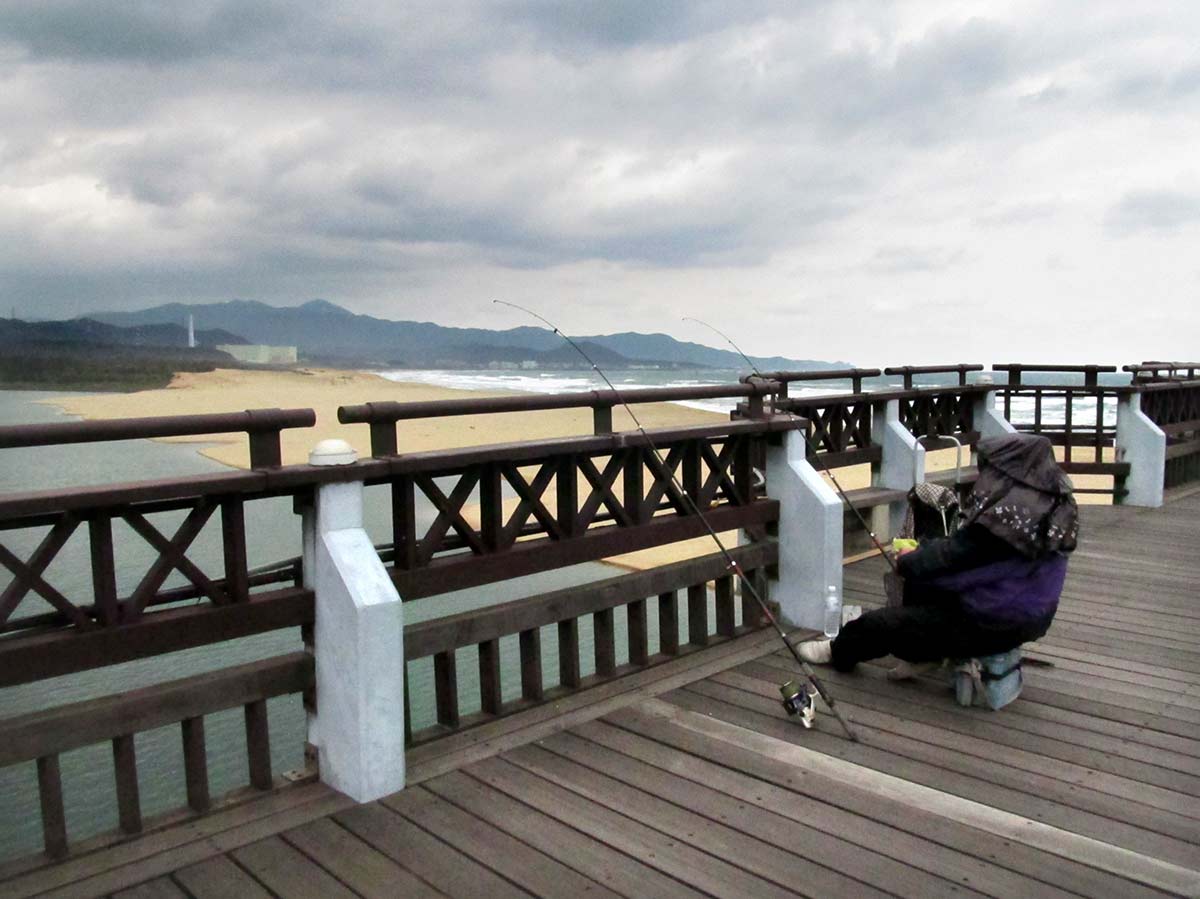 Tom Cliff is an ARC DECRA Research Fellow in the School of Culture, History, and Language at the Australian National University. Tom is currently investigating non-state welfare and public goods provision in rural China. The research is centrally concerned with charity 'model' innovation, model dissemination and the spread of ideas, and state charity mobilisation. In 2018, Tom's first book Oil and Water: Being Han in Xinjiang (Chicago University Press 2016) won the Association for Asian Studies' prestigious E Gene Smith prize for Best Book on Inner Asia.