Made in China Journal | Article | Overcoming the Conundrum of Being Made ‘Politically Sensitive’: Anti–Sexual Harassment Movements and (Self-)Censorship 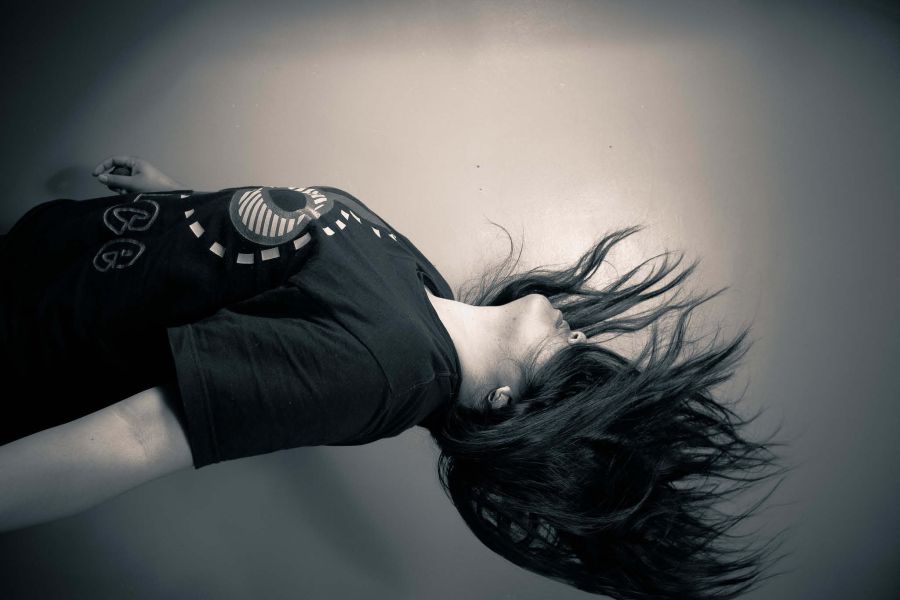 Overcoming the Conundrum of Being Made ‘Politically Sensitive’: Anti–Sexual Harassment Movements and (Self-)Censorship

Made in China: Archaeologies of the Belt and Road Initiative May—August 2021

More than 30 years ago, when my family introduced me to their friends in Australia as a ‘feminist’, their friends told me that many people didn’t think of this word as a compliment, even in Australia. At the time, though, I didn’t consider myself very conscious of women’s rights, let alone as a feminist, which is a status I feel can only be reached through an accumulation of attainments. Perhaps this was also a kind of self-censorship proper to that time and place.

Around 20 years ago a male intellectual asked me: ‘Are you a feminist?’ ‘Actually, you are also a feminist,’ I replied, looking right into his eyes, ‘because I believe you would agree that women and men should have equal rights.’ Back then, I often read global news on the English-language website Feminist Majority. This website was supposedly named after an American survey that found that more than 70 per cent of respondents supported gender equality. I once wrote that I only attained my triple role as someone who engages in feminist practice, theory, and observation after the 1995 World Conference on Women in Beijing. Before that, I had always found it hard to define my identity using established labels.

When thinking through the questions raised during the webinar related to my identity and experience as a feminist in China, I see myself as a sailor without navigational markers to plot the way forward and burdened with all kinds of constraints. (Self-)censorship, visible and invisible, is everywhere; in both our actions and our discussions, it is like dancing in shackles. Different languages and contexts will give rise to different ways of thinking and forms of expression, which embody differing potentials for either disempowerment or empowerment. In terms of strategy, it is only when everyone tries their best to speak out that the possibility of overcoming varying forms of censorship can emerge, and the original abundance of action and reflection can be traced from its origins to serve as a historical mirror for the future.

In recent years, the anti–sexual harassment movement in China has been enveloped in ever more layers of censorship and self-censorship. The movement is driven first and foremost by the efforts of victims, aided by their supporters and the emergence of favourable conditions. Victims often no longer simply accept harassment, make compromises against their will, blame themselves, or attempt to suppress or just forget their experiences of being sexually harassed. Instead, they connect with others who have spoken out about their suffering, they support each other and move forward together, in greater and greater numbers. Long-term advocacy both domestically and abroad has resulted in an accumulation of favourable factors in the broader environment. For example, national policy and legislation on sexual harassment have been gradually put in place; a number of cases have been heard in legal proceedings; in media reportage and in general discussions, the discourse on sexual harassment has gradually developed and become more widespread. This has helped more people to acquire an accurate understanding of the issue—that determination of sexual harassment should be based on the experience and situation of the victim rather than the intention of the perpetrator or the so-called seriousness of the conduct.

In this way, because of the efforts of survivors, assistance from their supporters, and the emergence of favourable conditions, the anti–sexual harassment movement has slowly developed from the irregular revelation of a handful of individual cases into a movement with its own momentum. Victims demand explanations and seek justice; news reports and discussions of the topic magnify the impact of specific cases and broaden people’s understandings; suggestions for policies, laws, and measures are pushing public authorities to face sexual harassment issues head-on and to make them a priority. The anti–sexual harassment movement has emerged and developed inexorably. But obstacles continue to impede it, and one of the major obstacles is censorship. This includes the internalisation of the censorship system as manifested in self-censorship.

Making things ‘politically sensitive’ is one way the censorship system exerts its influence. The mechanisms of this ‘sensitisation’ include forcing victims to delete their posts on social media and silencing their supporters. A typical example is the ‘Hou Liangping incident’ at the Beijing Film Academy (a female student alleged she had been sexually abused by a professor at the academy), which disappeared from the internet so completely it was as though it had never happened. The mechanisms of sensitisation also work through the use of euphemisms when dealing with perpetrators—vague terms like ‘unethical conduct’, or phrases that can serve to defame the victims, like ‘inappropriate sexual relations’. Such terms obscure the basic problem of sexual harassment.

The most devastating mechanism of sensitisation is linking sexual harassment issues in China to ‘foreign powers’, which transforms people who are interested in this topic and who advocate for reform from positive elements in society into suspects and even enemies. By making things politically sensitive, censorship mechanisms transform sexual harassment from a worthwhile and necessary topic of discussion into a term that can hardly even appear directly in the media. Even #MeToo and its homophone in Chinese, ‘Rice-Rabbit’ (mi-tu), can barely exist in any sustained way, which turns existing reports and commentaries into articles susceptible of being ‘harmonised’ and easily removed. This increases the worry that media organisations feel about providing follow-up coverage, as well as the cost of doing so, which in turn makes it more difficult for individual cases and victims to gain media coverage and public attention. This then reduces the amount of public discussion and limits its quality in terms of the breadth and depth of the discussion, but also in terms of mobilisation and public participation in the process of improving policies and systems.

The process of sensitisation of the topic of sexual harassment has forced victims, media professionals, supporters, people who follow the issue, and advocates of reform to limit themselves. This has made it impossible for individual cases and discussions to be disseminated, which makes it very hard to generate any kind of ‘butterfly effect’. Therefore, it is essential to escape this process of sensitisation. Methods of desensitisation include the normalisation of appeals. This allows information to be disseminated, allows incidents and topics in the process of development to continue to be developed, turns the ‘indifferent masses’ into active observers, and allows everyone involved—victims, followers, supporters, and advocates—to overcome their self-censorship and, by speaking out, facilitate change at the levels of the individual, institutions, social attitudes, and national conduct. At the same time, the advantages and disadvantages of laws and institutions themselves should also be understood and, after recognising their limitations, we should move beyond the narrow mindset of punishment to advocating equal gender relationships and realising women’s subjectivity.

Feng Yuan is an activist in women’s rights and gender equality based in China, and a visiting scholar at the University of Hong Kong. After studying at Fudan University, Shanghai, and the Graduate School of the Chinese Academy of Social Sciences, Beijing, she became a journalist with People’s Daily and China Women’s News between 1986 and 2006. She is a co-founder, founding coordinator, or board member of organisations such as Media Monitor for Women Network (since 1996), the Gender and Development Network in China (since 2000), the Anti–Domestic Violence Network/Beijing Fanbao (2000–14), the Women’s Network Against AIDS/China (since 2009), the Centre for Women’s Studies at Shantou University (since 2009), and Beijing Equality (since 2014).